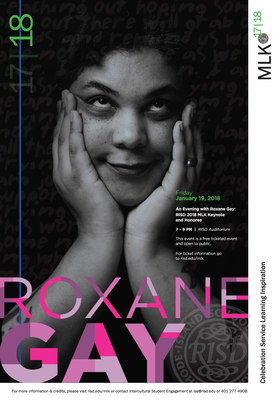 Roxane's writing is unmatched and widely revered. Her work garners international acclaim for its reflective, no-holds-barred exploration of feminism and social criticism. With a deft eye on modern culture, she brilliantly critiques its ebb and flow with both wit and ferocity. Words like “courage,” “humor,” and “smart” are frequently deployed when describing Roxane. Her collection of essays, Bad Feminist, is universally considered the quintessential exploration of modern feminism. Roxane is a contributing op-ed writer for The New York Times, w co-editor of PANK, and formerly w non-fiction editor at The Rumpus. Her writing also appeared in McSweeney’s, The Nation and many other publications. She recently became the first black woman to ever write for Marvel, writing a comic series in the Black Panther universe called World of Wakanda. Roxane fronts a small army of avid fans on social media and when she finds the time, she dominates the occasional Scrabble tournament.