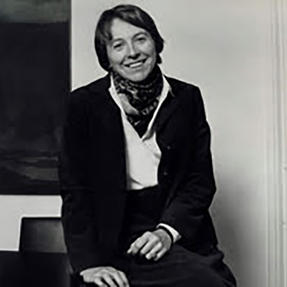 This collection holds fourteen VHS tapes of interviews of artists, designers, and others conducted by Rhode Island School of Design President Lee Hall (1975-1983), circa 1981. Hall conducted the interviews at the New York offices of Needham, Harper and Steers, Inc. as part of a project for the proposed non-profit RISD Athena Productions. Organized in 1981 November and dissolved in 1984, the non-profit's purpose was to design and produce film, video, and other materials related to the educational mission of RISD. Most of the interviewees were recipients of an Honorary Degree or an Athena Award, 1977-1982. Paul C. Harper, Jr., Chair of NHS, served on the RISD Board of Trustees. The goal of the interview project was to edit each interview down to 10 minutes and then combine three for a 30 minute telecast, which appears to have never come to fruition. The unedited, approximately 60-90 min. interviews are presented here in raw form.

This digital preservation project was made possible in part by a Libraries of Rhode Island (LORI) grant from the RI Office of Library & Information Services using funds from the Institute of Museum and Library Services.