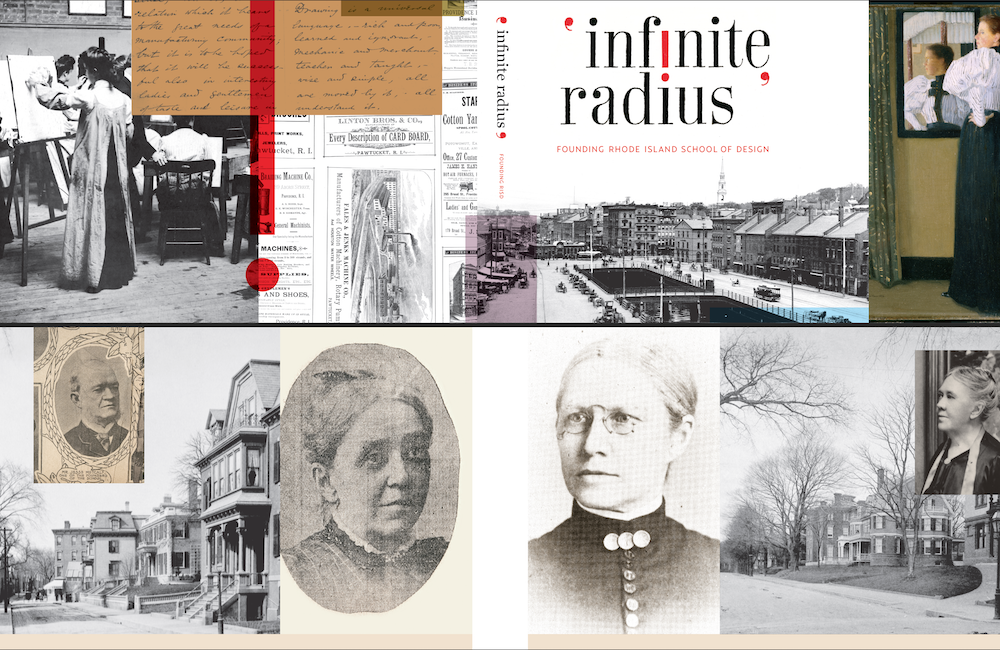 Infinite Radius: Founding Rhode Island School of Design is the first published anthology detailing the establishment of America's best-known college of art and design in 1877. Infinite Radius presents a handsome compendium of rare archival photographs, scholarly essays, previously unpublished manuscripts and reproductions of early acquisitions in its impressive collection of art and design. Together, this written and visual material provides invaluable insight into the social and cultural context in which both the academic programs of the School and the broader educational mission of the RISD Museum of Art took root. Infinite Radius takes its title from one of RISD's founders, 19th-century educator and activist Sarah Elizabeth Doyle, who was known to remark that the "sphere" of so-called women's work was one with an "infinite radius." From the beginning, co-editors Dawn Barrett, RISD Dean of Architecture and Design 2001-2011, and Andrew Martinez, current RISD Archivist, conceived of the book in a similar, all-encompassing way. The book is intended to inspire further research into the many areas it broaches, from the initial seed funding for the school from the Rhode Island Women's Centennial Commission, to its early successes thanks to the direction, governance and support of the Metcalf family, to its growing strength in the early 20th century. Contemporary writers contributing original essays are: Nancy Austin, Catherine Bert, Helen Burnham, L.J. McLeroy, Thomas Michie, Russell Switzer, Carol Terry and the two editors. The book also contains the unpublished manuscript of historian Elsie Bronson, who chronicled RISD's first 50 years, and a reprint of the late RISD President John Frazier (a painter and 1912 graduate of RISD who served as president from 1955-62) as well as facsimile reproductions of school and museum catalogues from 1877 to 1900.