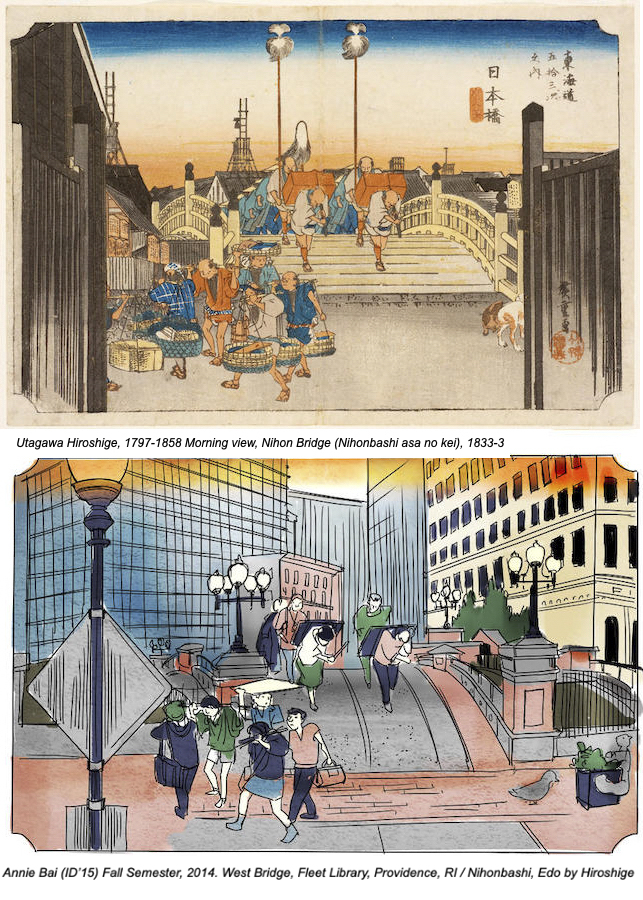 Marching Through the Floating World: Processions in Ukiyo-e Prints (2020)

"Marching through the Floating World is a book that accompanies a student curated virtual exhibition of the same title. This exhibition is dedicated to images of processions in ukiyo-e woodblock prints.

Ukiyo-e or “pictures of the floating world” was a vibrant style of urban art that flourished in Japan in the 17th- 19th century, predominantly in the form of mass-produced woodcuts. Steeped in everyday pleasurable pastimes of townspeople, ukiyo-e prints reflected contemporary culture to its fullest, whether fact or fiction, often the two amalgamated in a witty way.

Processions constituted a noticeable theme in ukiyo-e prints as they were an integral part of the commoners’ visual experience. Daimyo processions were traveling from the warlords’ domains to the shogunal capital of Edo (Tokyo) and back as demanded by the sankin-kotai or alternate attendance system. Community processions with exotic floats were essential for matsuri, Shinto and Buddhist festivals. Art, however, goes beyond reality, and in ukiyo-e prints one sees daimyo processions parodied by beautiful women or mimicked by boys. Parades by foreign embassies also appear in ukiyo-e prints, primarily parades of the Korean embassies, often fantasized. Depicted were also processions of supernatural beings or imaginary nostalgic processions in prints of the Meiji era.

Students’ research essays on prints like those mentioned above (and more!) were compiled into a book, which together with educational wall labels, programming brochures and souvenirs constitute an outcome of an art history course taught at RISD in the fall of 2020. This is the eighth project of the kind. ..." -- Foreword, Marching Through the Floating World: Processions in Ukiyo-e Prints