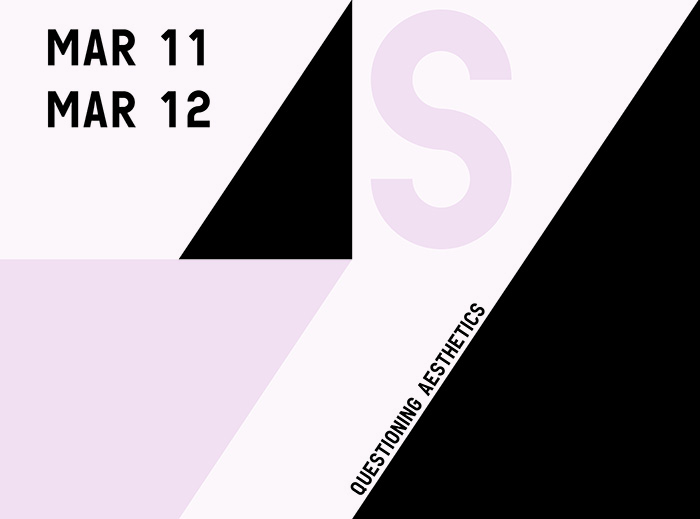 What are the aesthetics of performance, especially as they have impacted all the arts?

Derrick Adams is a multidisciplinary New York–based artist with practices rooted in Deconstructivist philosophies and the formation and perception of ideals attached to objects, colors, textures, symbols and ideologies. Often employing architectural processes as well as fragmentation and manipulation of structure and surface, his 2D, 3D, and performance projects explore shifting forces of American popular culture and institutional critique of cultural perspectives in contemporary art. Adams received his BFA from Pratt Institute, MFA from Columbia University and is a Skowhegan and Marie Walsh Sharpe alumnus. He is a recipient of a 2009 Louis Comfort Tiffany Award, and is an honored finalist for the 2011 William H. Johnson Prize. He has exhibited and performed in NYC, Paris and London. http://www.derrickadams.com/

Elinor Fuchs is the author or editor of five books, including The Death of Character, winner of the George Jean Nathan Award in Dramatic Criticism and the family memoir Making an Exit. Her documentary play, Year One of the Empire, co-authored with historian Joyce Antler, has been produced in New York and Los Angeles, where it won the Drama-Logue award for playwriting. Known for her numerous scholarly articles in dramatic structure and theory, as well as theater criticism in American Theatre and The Village Voice, she has taught at Emory, Columbia, Harvard, and the Institut für Theatrewissenschaft of the Free University of Berlin. In June, 2015, she became Professor Emerita of Dramaturgy and Dramatic Criticism at the Yale School of Drama, where she taught for the past twenty-one years. http://drama.yale.edu/facstaff/elinor-fuchs

Amelia Jones is the Robert A. Day Professor in Art and Design and Vice-Dean of Critical Studies at the Roski School of Art and Design at University of Southern California. A curator and a theorist and historian of art and performance, her recent publications include Perform Repeat Record: Live Art in History (2012), co-edited with Adrian Heathfield, a single authored book Seeing Differently: A History and Theory of Identification and the Visual Arts(2012), the edited volume Sexuality (2014), and, co-edited with Erin Silver,Otherwise: Imagining Queer Feminist Art Histories (forthcoming). Her exhibition Material Traces: Time and the Gesture in Contemporary Art took place in 2013 in Montreal. http://dornsife.usc.edu/ase/ase-affiliatedfaculty-amelia-jones/

Any reproduction of this film in whole or part is prohibited.

What are the aesthetics of performance, especially as they have impacted all the arts?