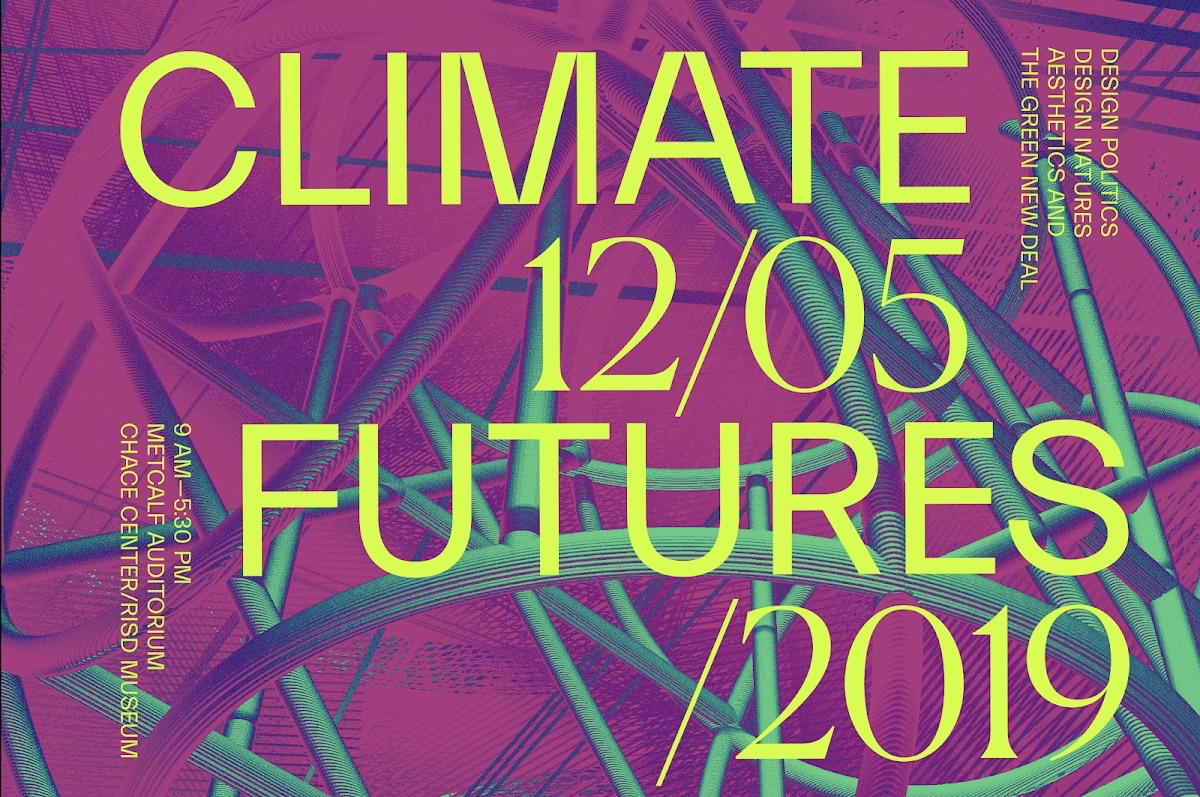 Over the last two years the Green New Deal has come to define how we might think about just post-carbon transition in the United States. Whilst denounced by some conservatives and liberal ecomodernists as implausible and dismissed by assorted climate doomsters as too little, too late, it still stands as the only game in town for thinking about post-carbon futures. This symposium seeks to shine a constructive, yet critical, light on not only the potentialities but also the limitations of the Green New Deal as a political, design, cultural, technological and aesthetic discourse and praxis.

The Green New Deal has generated a rich series of policy debates about the ways in which just transitions could be stimulated and enacted. It has served as a reminder of the many admirable ways in which the old New Deal defined a vision of public works and public design, infrastructure and planning for the public good. However - and as many Green New Dealers are well aware - the original New Deal was also marked by multiple exclusions and a complicated racial, gender and labor politics. It worked with a political imaginary largely bounded by the US nation state. Its more radical ambitions were ultimately constrained and contained. A Green New Deal will have to mobilize against fossil capitalism and an emboldened White supremacy in very different ways to the old New Deal. It will have to address a global climate emergency that will require building new forms of solidarity across borders and boundaries. It will also have to open up discussions about the socio-technical and political design pathways to post-carbon futures in ways that might force us to move beyond the aesthetic and design horizons of “small is beautiful” era environmentalisms without tumbling back into a paternalistic liberalism.

If the policy context that could inform a Green New Deal is slowly coming into view, the cultural, aesthetic, socio-technological or design politics that could further support and radicalize a new Green New Deal is less in evidence. This could stand as a significant limitation to further progress given that we know that just transitions to post-carbon futures are not going to emerge though legislation alone nor will they be built through fear of extinction or declarations of the need for eco-austerity. Diverse publics will have to be mobilized at affective, cultural and political levels. A sense of political and creative agency, desire and perhaps even joy in the opportunities that exist for democratically designing and redesigning our worlds will all be vital for enacting just post-carbon futures. The just transition, understood as the Green New Deal or otherwise, will have to be imagined and built, fabricated and realized, coded and created. Politicized processes of making, of prefiguring, that occur again and again and again are going to be constitutive features of the attempt to build survivable futures on a rapidly warming planet. New forms of art and cultural production, new modes of solidarity and care, a new design politics residing in new public institutions residing in many democratic spaces will be required to disarm the fatalists and the fanatics. This symposium seeks to consider how a Green New Deal might help us face down the climate doomsters and denialists, think beyond technocrats and technophobes and build creative political ecologies for the future. Sponsored by: RISD Liberal Arts Graduate Program in Nature-Culture-Sustainability Studies, RISD Liberal Arts Graduate Program in Global Arts and Culture, Institute at Brown for Environment and Society.